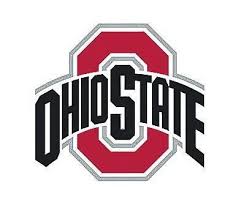 Richard Joseph "Dickey-Joe" Mitton passed away on June 22nd, 2022 at Ohio Living Swan Creek Hospice in Toledo, Ohio.  Born on May 2, 1940 in Marion, Ohio, he was a graduate of Marion Harding High School, as well as a graduate of Belen's School of Floral Design.  He spent most of his life in the insurance business.  He was a member of Holy Trinity Lutheran Church and the Maumee American Legion.  His favorite hobbies included golf, fishing, playing poker and watching OSU sports..."Go Buckeyes!"

He is preceded in death by his parents, Grover and Edna Mitton, as well as his stepmother, Zelma Mitton, and his 5 siblings, Lowell, Merlin, Ardy and Paul Mitton and Eileen Gast, as well as his infant son, Randall Mitton.  He will be met in heaven by his best buddy and cocker spaniel, Oscar.

He will be greatly missed by his "Breakfast Club" friends, Jim Pauley, David Williams, David Swartz and Vince Trajec, as well as his oldest and dearest friend, Jim Glonek.

All are invited to visit from after 11 AM  on July 2nd, 2022 at Castillo Funeral Home, 1757 Tremainsville Rd., Toledo, Ohio 43613. where aCelebration of Life Service will take place at 2 PM and food & refreshments will follow.

Donations may be made to Holy Trinity Lutheran Church in Richard's name.

To send flowers to the family or plant a tree in memory of Richard Joseph Mitton, please visit our floral store.

A Memorial Tree was planted for Richard

Join in honoring their life - plant a memorial tree