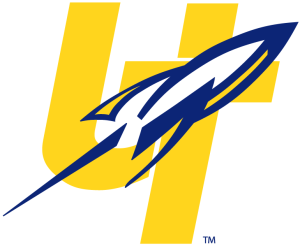 Charles R. (Chuck) Tooman passed away peacefully during the early morning hours on May 3. He was diagnosis with cancer on February 14, and while his health declined rapidly, he was able to enjoy a trip to Florida and was constantly surrounded by his family and friends during his final 11 weeks.

Chuck was born in Toledo, Ohio on October 28, 1932, to Charles F. Tooman and Dorothy E. Humphrey. He was a proud 1952 graduate of Scott High School and later served in the U.S. Army. He married the love of his life, Joan Elizabeth Mayers, on January 26, 1955. They were blessed with three children, Mark, Marilyn, and Linda and built a life based on love of family and friends.

Chuck was a route salesman for Sealtest Dairy and Wonder Bread for more than 35 years. Upon retirement, he started a second career in 1992 as a courier for FLS Marketing where he spent 17 years as the firm’s PR guy on the street. It was “the best job I ever had,” he would proudly proclaim. He cherished the friendships he made there and the opportunity to work in a professional environment. For 25 years he also was the chief admissions officer and senior ticket taker for Mark’s Fast Pitch Classic summer softball tournaments.

Chuck was a life-long Toledo Rockets and New York Yankees fan. He loved attending games at the Glass Bowl and Savage Arena. He followed the Yankees when they played in Detroit and Cleveland and had a chance to see a couple games at the original Yankee Stadium.  He and Joanne loved to travel. They enjoyed all beach destinations, especially Florida, cruises, and a European vacation.

Most important to him, however, was time with family and friends. Dinners, cookouts, chili dog Fridays and margaritas at Zacharias filled his life with joy and laughter. He enjoyed the simple things in life.

“It is what it is…” was Chuck’s favorite saying. This simple philosophy led to a life well lived…never too high and never too low…steady as it goes, always smiling. That is why everybody loved Chuck. He touched so many lives in his 89 years. We all are better people for knowing him. While he will be profoundly missed by all, fond memories of him will live in our hearts forever.

Visitation will be at Castillo Funeral Home, 1757 Tremainsville Road, Sunday, May 8, from 3-8 p.m. with a prayer service at 7 p.m. A Mass of Christian burial will be held at 11 a.m. Monday, May 9 at Blessed Sacrament Church, 2240 Castlewood Drive, followed by internment at Resurrection Cemetery.

To send flowers to the family or plant a tree in memory of Charles Russell Tooman, please visit our floral store.

A Memorial Tree was planted for Charles

Join in honoring their life - plant a memorial tree